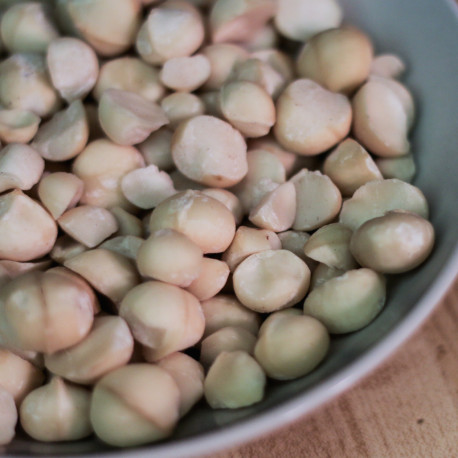 The Macadamia nut is most unusual in the family of foods. It is time to clear up misunderstandings about it and how it is prepared. The nit is produced by a tree, which was found only in Australia, (in New South Wales and South Queensland.) the geography and climate in these places is very much like Southern California. Its natural habitat was not and is not tropical.

Around 1920 Macadamia were planted on the large island of Hawaii. From that start a large marketing effort was made especially in the continental U.S. many assumed the tree was tropical. It is now produced in such areas of South and Central America.

The Nut was named in honor of John Macadam MD, the then head of the Philosophical Institute of Victoria, Australia. Today, the Mac/Nut is produced in many places, but always the climate plays an important part. The Southern California grown Macadamia, especially those grown with a costal climate, develop the best taste and size. The cause is the rate of growth. In its natural habitat and in California, the growth is slower than that of warmer wetter climates found in tropical places. This slow growth allows for the build up of its natural sugars creating the best taste and color.

Preparation is costly and time consuming. First the nut, like a Walnut, has a husk, which must be removed by a special machine. At Weathering Heights the raw nut will then be dried. The sun does this for approximately 6 months in special racks. The next process is to crack the very hard shell and separate the nut. Again a special machine and handwork is needed. Following the Weathering Heights oven dries the nuts at an even temperature, for 24 hours. They are not roasted. This is to preserve the natural flavors, which can be altered by roasting. Packaging and Labeling is, again, a hands of project. 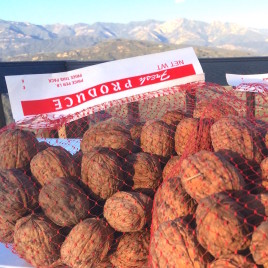 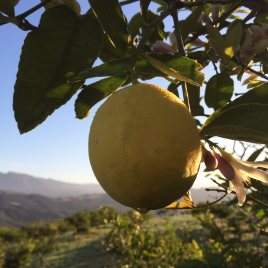 Sold in 35 lb increments The Meyer Lemon: it is better known as “the sweet lion”. Most chefs prefer it to other lemons because of that sweetness. Its actual discovery is not well established, but the belief is it came from a cross between a regular lemon and a mandarin. Normally it is marketed in its yellow stage., but it can ripen to a light orange color, which is even sweeter. Weathering Heights grows them at an elevation of 1,600 feet above the Pacific Ocean. The Cool ocean Air brings the best out of the fruit.
not rated $78.75 Add to cart 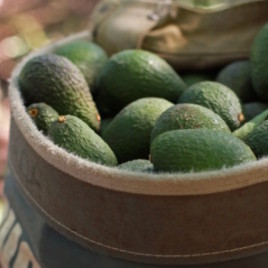 Sold in increments of 25 lbs   SHORT HISTORY OF AVOCADOS:   No one knows how many varieties there can be, since each seed will produce its own . The dominant is “Hass” named after its developer in the San Fernando Valley, Ca. This means each Hass Avocado tree is a graft, originating from the mother tree. This grand dame passed away several years ago from simple old age   The Hass fruit has a dimpled skin which gets darker when the fruit is ripe. Most commercial avocados are pre ripened in the United States. The eatable part is green, oily, with a distinctive flavor. The seed is smallish which means more food for the dollar spent. Weathering Heights grows mostly Hass, and fortunately has one grown from a seed of the mother tree and crafted from scion of the mother tree.
not rated $50.00 Add to cart